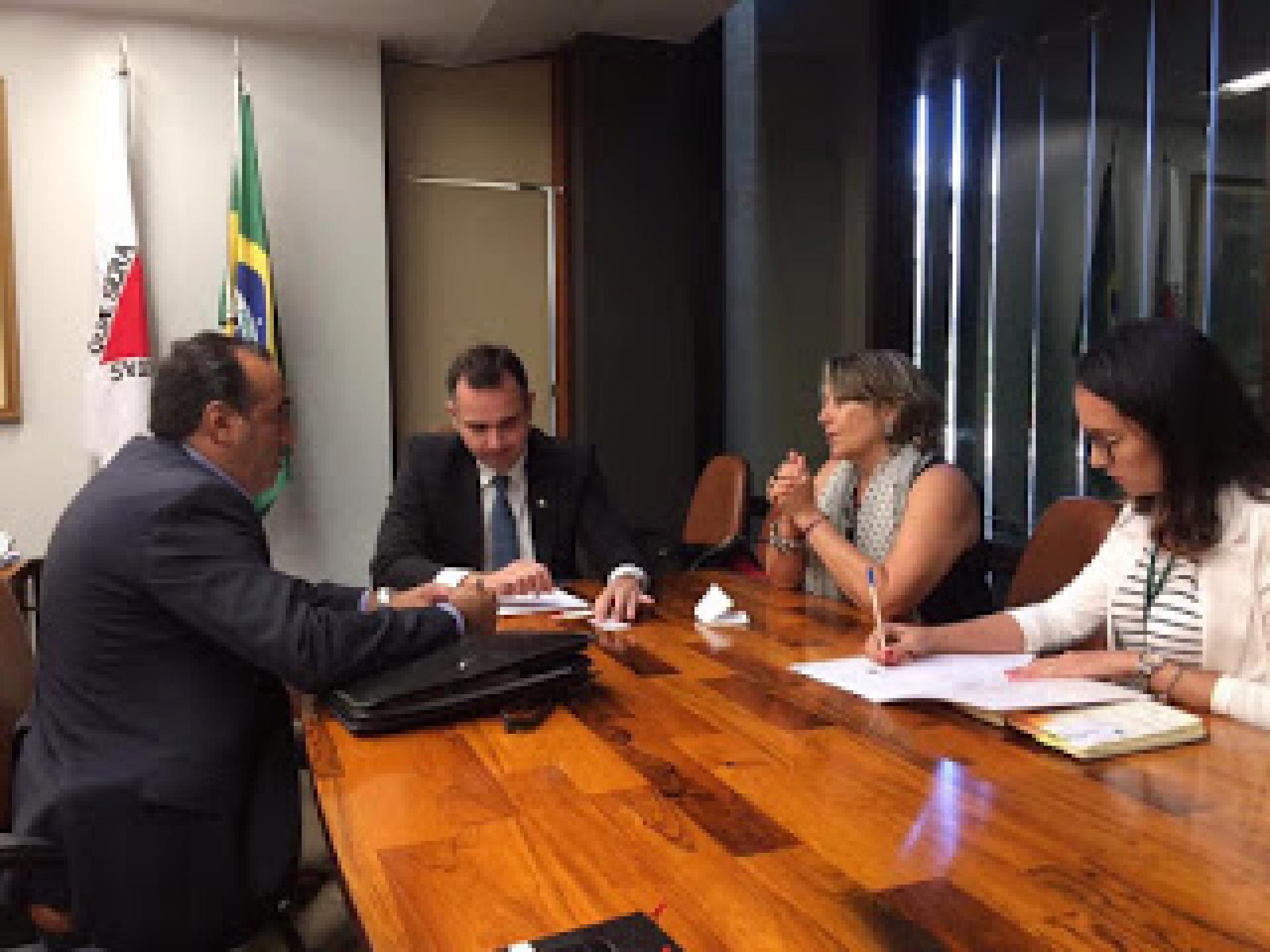 Yellow July is moving on at the House of Representatives

The bill N° 3870/2015 which proposes “Yellow July” pulls on at the Chamber. The representative Erika Kokay (PT-DF) presented, on June 14th, a favourable vote in order to make eligible the authored measure, placing it on second reading at the Committee on Constitution, Justice and Citizenship (CCJC).

Last April, the president of the State of São Paulo Forum on NGO/Aids, Rodrigo Pinheiro, gathered (at the illustration) with representatives Erika Kokay and Rodrigo Pacheco (PMDB-MG), who is the Chairman of the CCJC, when it was decided to nominate Mrs. Kokai as the committee Speaker.

"We have made the Chairman of CCJC aware of the importance of Yellow July and suggested representative Erika Kokay as the commitee Speaker. This advocacy action was substantial as it made the Chairman aware of how important the proposal is, convincing him about the Speaker nomination, in order to pull on the bill at the Chamber, keeping it alive for the second reading.". The author drafted the bill in November of 2016.

Once the Committee Report was defined on April 27th, the rule of the House gave five sessions as time limit on the consideration of amendments and proposals. After the deadline, the Committee Speaker decided the bill could go to second reading.

In the sentence, the representative explains that the bill “supports the idea of healthcare security harmonisation”.

Authored by Marcos Reategui, representative from (PSD-AP), the bill named “Yellow July “ has been drafted, “making actions towards Viral Hepatitis Awareness” every month of July, at the national territory.

* In the picture: Rodrigo Pinheiro in meeting with representatives Erika Kokay and Rodrigo Pacheco