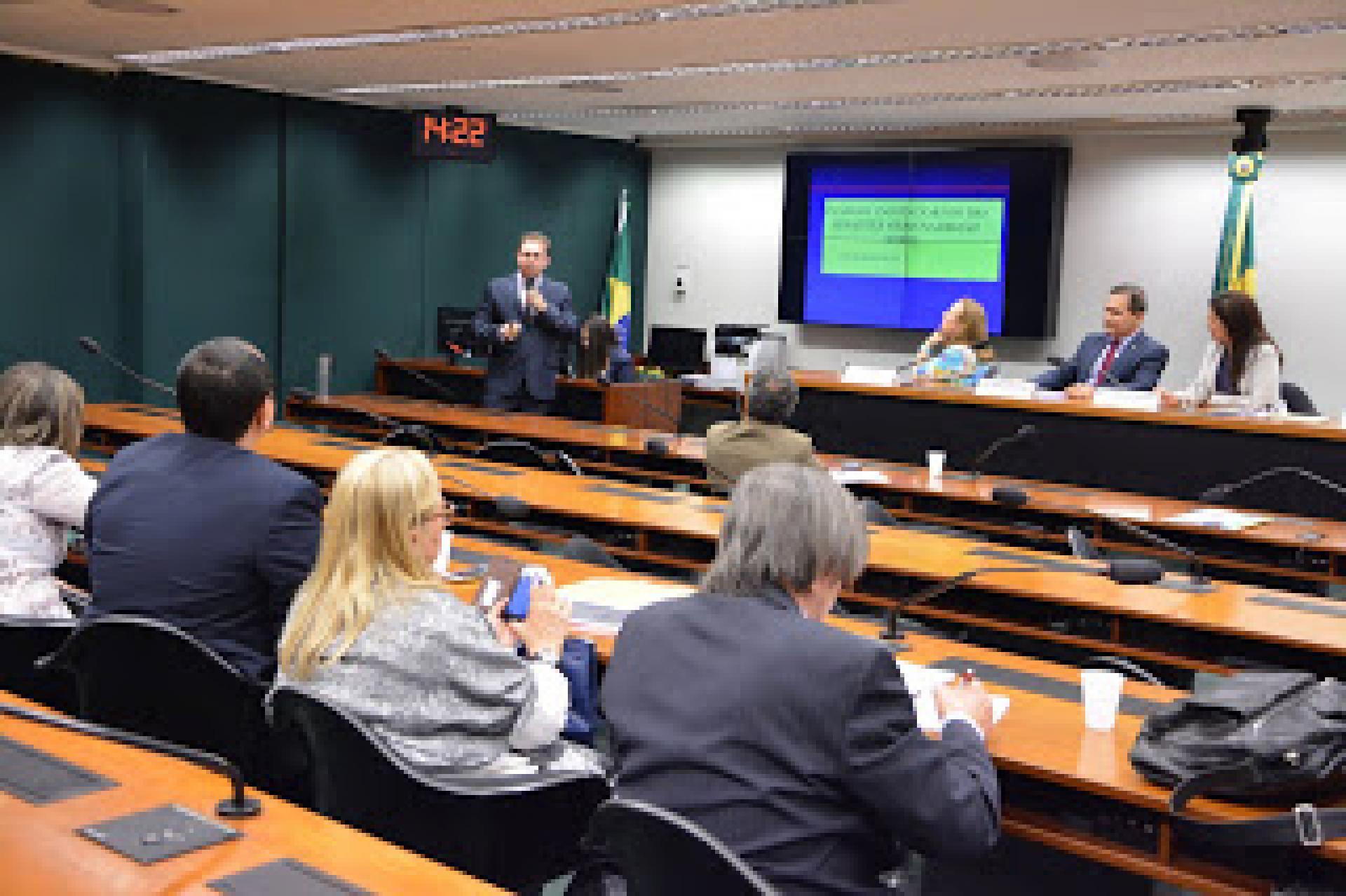 The president of the State of São Paulo Forun on NGO/AIDS (FOAESP), Rodrigo Pinheiro, advocated for compulsory licencing of sofosbuvir , medicine used in the treatment of hepatitis C. His speech happened on September 19, during the Public Hearing on Viral Hepatitis at the House of Representatives.

The initiative came from the congresswoman Conceição Sampaio (PP-AM) and the Public Hearing were held by the Committee on Social Security and Family and the Committee on National Integration, Regional and Amazonian Development. The infectious disease specialist, Dr. Sidney Chalub and the head mistress of the Ministry of Health Department on IST, AIDS and Viral Hepatitis (DIAHV), Dr. Adele Benzanken explained their point of view.

Before that, the congressman Marcos Reategui (PSD-AP), chairman of the Parliamentary Front against Viral Hepatitis at the Chamber, highlighted the advances on combating viral hepatitis, “now we have to put all efforts to go further”, he said.
During her speech, the director of DIAHV has presented a short retrospective about the progress in the fight against viral hepatitis by the Ministry, justifying the rising of cases of hepatitis C from 2014 on, when “SUS (Brazilian Public Health System) started to offer a treatment promising less side effects than the last one, increasing the reporting rate of hepatitis C”.
According to Dr. Benzaken, hepatitis C is responsible for almost 80% of deaths caused by viral hepatitis in Brazil. In the Northern Region of Brazil, where exist 32 public heath places which offer specialized treatment for hepatitis C, there were 10.448 cases reported in the last decade. More than 300 thousand cases of hepatitis C were reported in the same period in Brazil.
Mathematical model – Still according to the head mistress of DIAHV, a primary study, in 2013, estimated about 2-3 million HCV infected people in this country. In 2016 a new mathematical model diminished the prevalence estimation to 1,5 million people HCV infected people.
“Nowadays we have a different mathematical model that will be presented during our Congress (11th Congress on HIV/AIDS and the 4th Congress on Viral Hepatitis) next week, which shows that there are around 650 thousand cases of hepatitis C in Brazil. Among those ones, there are around 350 thousand cases which have already been detected”, said the director of DIAHV.
In Dr. Benzaken’s opinion, financial sustainability is very important. “As all of you know, our Department works only with national funds. There is no other   Institution or Group funding the Ministry of Health activities.”
Treatment – This year there was a delay in negotiating with the pharmaceutical industry, but “we are waiting for more 25 thousand treatments” she affirmed. The price still an obstacle: “each  treatment costs more than U$ 6 thousand dollars, as we know in countries that the pharmaceutical industry produces the treatment, it is sold by the price of U$ 300.
For the Compulsory Licensing – As the deputy Conceição Sampaio opened the session for questions,  the president of FOAESP questioned about the possibility of decreeing sofosbuvir’s compulsory licensing in Brazil, to guarantee the widening of the access to hepatitis C treatment, as in her presentation Dr. Benzaken raised the issue of the cost of the medicine.
According to him, the director of DIAHV told that the minister prefers negotiating with the manufacturer, the decision must be taken not by the Department, but by its superiors, the minister and the president of the Republic. “She affirmed that the Ministry of Health wants to adopt the same negotiation made by Australia and Portugal.”
The congressman Marcos Reategui (PSD-AP), chairman of the Parliamentary Front against Viral Hepatitis, told the compulsory licencing could turn into a complicating factor since Brazil could suffer retaliation from the pharmaceutical industry if it manufactured the drug in the Country.
“I replied remembering  that Brazil is completing ten successful years of efavirenz’s compulsory licensing, indeed. I mentioned Malaysia case, which pressured and obtained voluntary licensing by the pharmaceutical industry. Dr. Benzaken agreed, but one more time remembered the subject was up to the Minister and the president.”
Mr. Pinheiro signaled that the civil society will certainly claim attitudes by the Ministry of Health and the Parliamentary Front.
Informal Conversation – “By the end of the Public Hearing, the Gilead’s spokesman, Roni Conan, introduced himself and presented the subjects of that negotiation. He said Brazil was purchasing only 12 thousand treatments and therefore it could not lower the price even further”. According to its spokesman, Gilead is negotiating a Productive Development Partnership (PDP) with the Pernambuco State Pharmaceutical Laboratory (Lafepe) in order to produce the drug sofosbuvir in Brazil and it is up to the Country to decide if it is preferable reducing costs or opt for the PEP (that means to receive technology transfer).