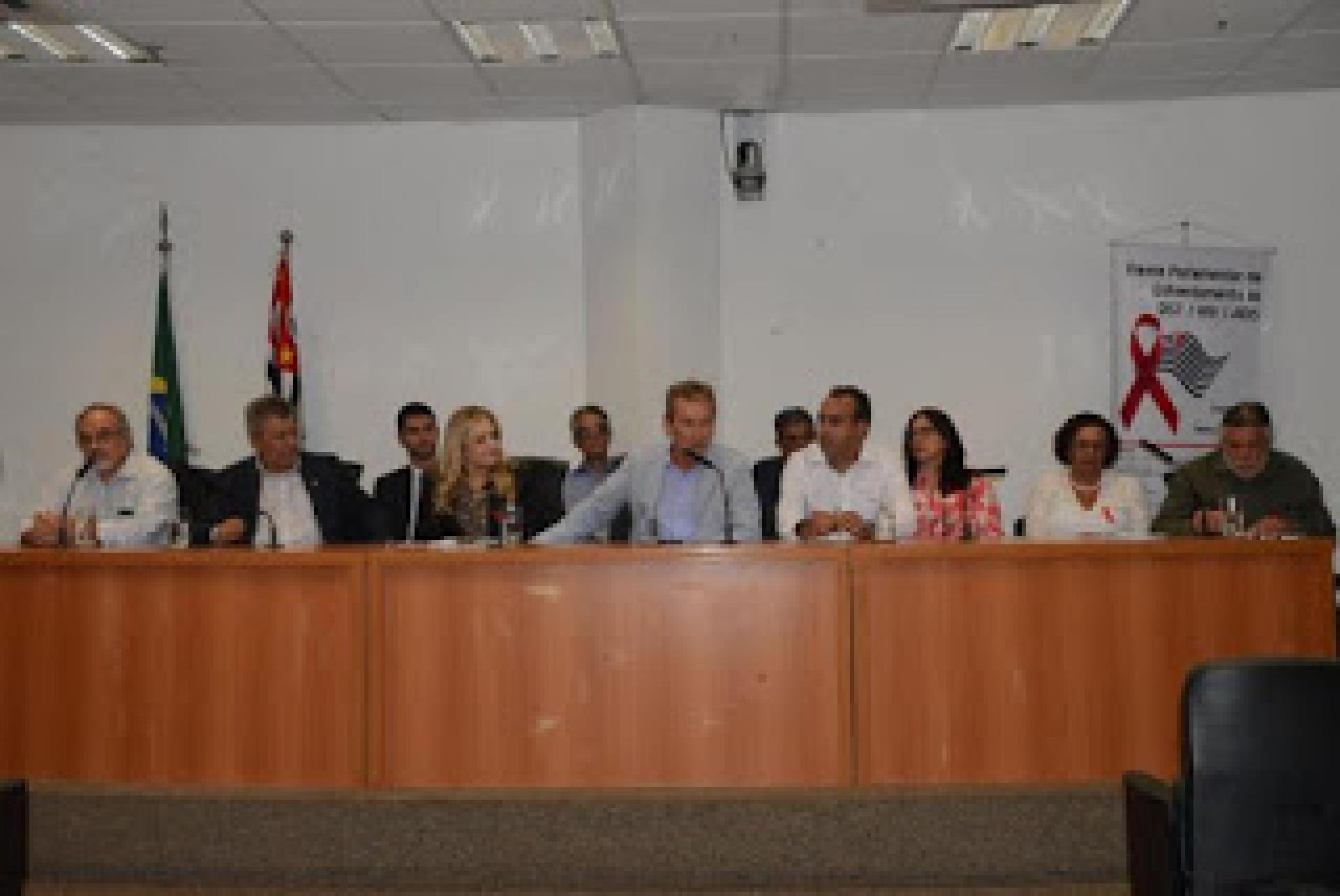 Not even had Red December campaing initiated and the Legislative Assembly of São Paulo State (ALESP) Parliamentary Front against STD/HIV/AIDS held a public hearing in order to discuss the Brazilian Public Heathcare System (SUS) financial support. The main subject at the meeting was the allocation of public funds on the prevention of sexually transmissive diseases, HIV and Viral Hepatitis.

Held on November 29, at the Paulo Kobaiashi ALESP Auditorium, the public hearing had the presence of Francisco Funcia, the National Health Council expert consultant, who reported the Ministry of Health decision on the SUS funding.

The representative Maria Lucia Amary (PSDB), the Parliamentary Front chairwoman, has shown her concern about the decision of the Ministry of Health on reducing the number of the financing packages from six to two, and allocating funds directly to the municipalities. “As a result of this decision, the municipalities might manage their funds on the issues they set as priority”, she said.

At the request of Rodrigo Pinheiro, president of the State of São Paulo Forum on NGO/AIDS (FOAESP), the State of São Paulo Parliamentary Front is sending a motion to the Ministry of Health on the Ordinance 1091/2017, which regulates the ministerial decision, asking to be defined a percentage of these funds on the fight against the STI, HIV and Viral Hepatitis. In the FOAESP’s president opinion, on diminishing the number of financing packages, the incidence of STDs, HIV and Viral Hepatitis might increase. “If the cut in health care expenditures consolidates, the epidemic will probably grow, putting more lives at risk”, he affirmed.

The doctor Maria Clara Gianna, member of the State of São Paulo Programme on STD/AIDS coordination, agrees with the congresswoman. “It is necessary to define resources that afford the maintenance of our policy on the fight against STD/AIDS and Viral Hepatitis”, she said. According to the manager, the funds devoted to the fight against AIDS epidemic in 2018 are guaranteed.

Ivo Brito, technical advisor of the Ministry of Health Department on STI/AIDS and Viral Hepatitis (DIAHV), explained that the measured applied by the public entity is in order to unify the financing packages, so they will become affordable to the planning and the budget. “Even with greater autonomy for the municipalities on deciding their priorities, the nothing will disrupt the programmes against STI/AIDS. The municipalities shall carry out the duties of management and governance, that will be correlated with their compromise on it”, he said.

Also during the event, the congresswoman announced that she will sponsor the bill on the FOAESP’s Initiative Group for Adolescents and Youth at the ALESP, which regulates the introduction of public policies on STI/AIDS and Viral Hepatitis at the State public schools. The representatives Ed Thomas (PSB) and Luiz Turco (PT), members of the Parliamentary Front, gave public endorsement to the bill.