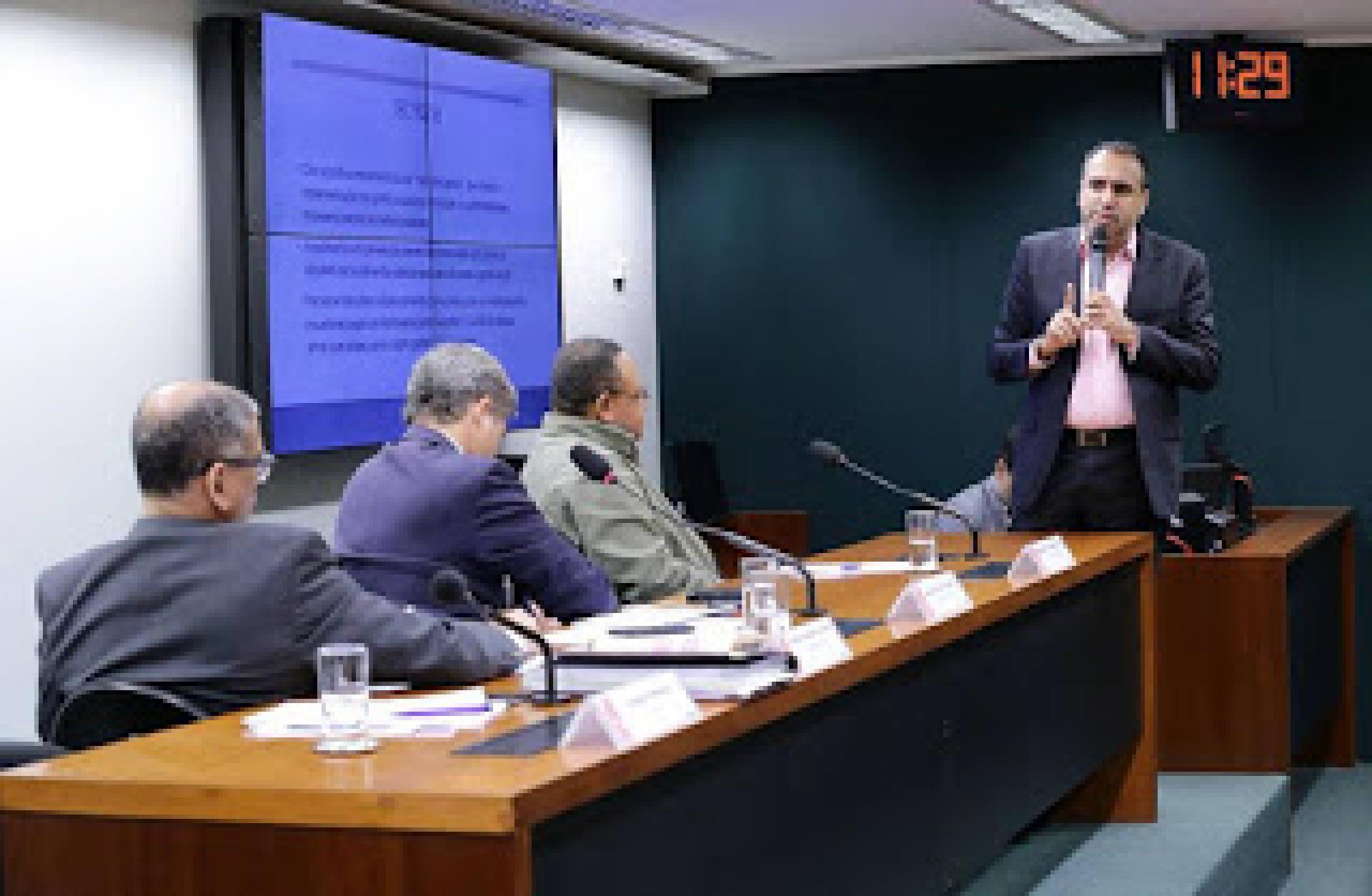 The Chamber Committee on Finance and Taxation held, on June 7, a public hearing to discuss Health Financing based on the Ministry of Health Ordinance 3992/2017. The Public Hearing requested by the congressman Mr. Paulo Teixeira (PT-SP), was introduced by Mr. Arionaldo Bomfim Rosendo, undersecretary of the Ministry of Health Division of Planning and Budget, Mr. Wanderley Gomes da Silva, National Health Advisor and Mr. Rodrigo Pinheiro, president of the State of São Paulo Forum on NGO/AIDS, who represented the National Articulation on the Fight Against AIDS (Anaids).

After thanking congressman Mr. Paulo Teixeira for the public hearing request, the FOAESP’s president started his statement criticizing the Ordinance which, according to him, is only fulfilling the interests of Conass and Conasems, ignoring the National Health Council’s opinion. The division is the most important on Social control at the Unified Health System (SUS).

According to Mr. Pinheiro, the funds on the policy against AIDS, compared to the health policy is “minimal” (R$ 178 millions), but has a “gigantic” impact, since it decreases the high costs of real infection and hospitalization, one of the highest costs at public health. “The costs of infection are higher than the costs of prevention.”

As the president of FOAESP said, “the funds on prevention must be kept under the Ministry of Health responsibility, this decision must not be passed to local management”. Not only must the health policy on AIDS be under supervision of the Ministry of Health, but also must the Viral Hepatitis one. “It is necessary to analyze the costs of the medicine and consider its compulsory licensing. It is unacceptable that in Brazil it is paid U$ 4,200 each Hepatitis C treatment, while in Egypt the same treatment costs U$ 300.”

“The fight against HIV epidemic is extremely important for the country. More than financial support on HIV policy, the fund obliges the municipality to discuss the problem”, he said. Based on mortality tax among men group, aged 25-34, not including external situations, AIDS is the highest cause of deaths.

Rodrigo ended his statement affirming that “the responsibility of AIDS epidemic will pass from ‘concentrated’ to ‘generalized’ due to this ordinance and this Ministry of Health management”.
Although they were invited, the representatives of the National Treasury Secretariat and the Ministry of Planning Budget and Management did not attend the hearing.

The Bill was introduced to the Chamber in 2015 by the deputy Mr. Marcos Reategui (PSC/AP) but only gained relevance when the president of FOAESP, Mr. Rodrigo Pinheiro  solicited the congresswoman Ms. Erika Kokay (PT/DF) to request the Bill rapport at the Committee on the Constitution, Justice and Family (CCJC).

Ever after the Bill been sent to Senate, the FOAESP’s president went to the senator’s office too urge the bill rapporteur, the Bill was reposted to CAS in the be next day and, one week later, approved by the Committee. “We played fundamental role on this process”, he affirmed. “The Bill was passed at the Committee on Social security and Family in 2016 and then got stuck. The process restarted after our petition”, he explained.