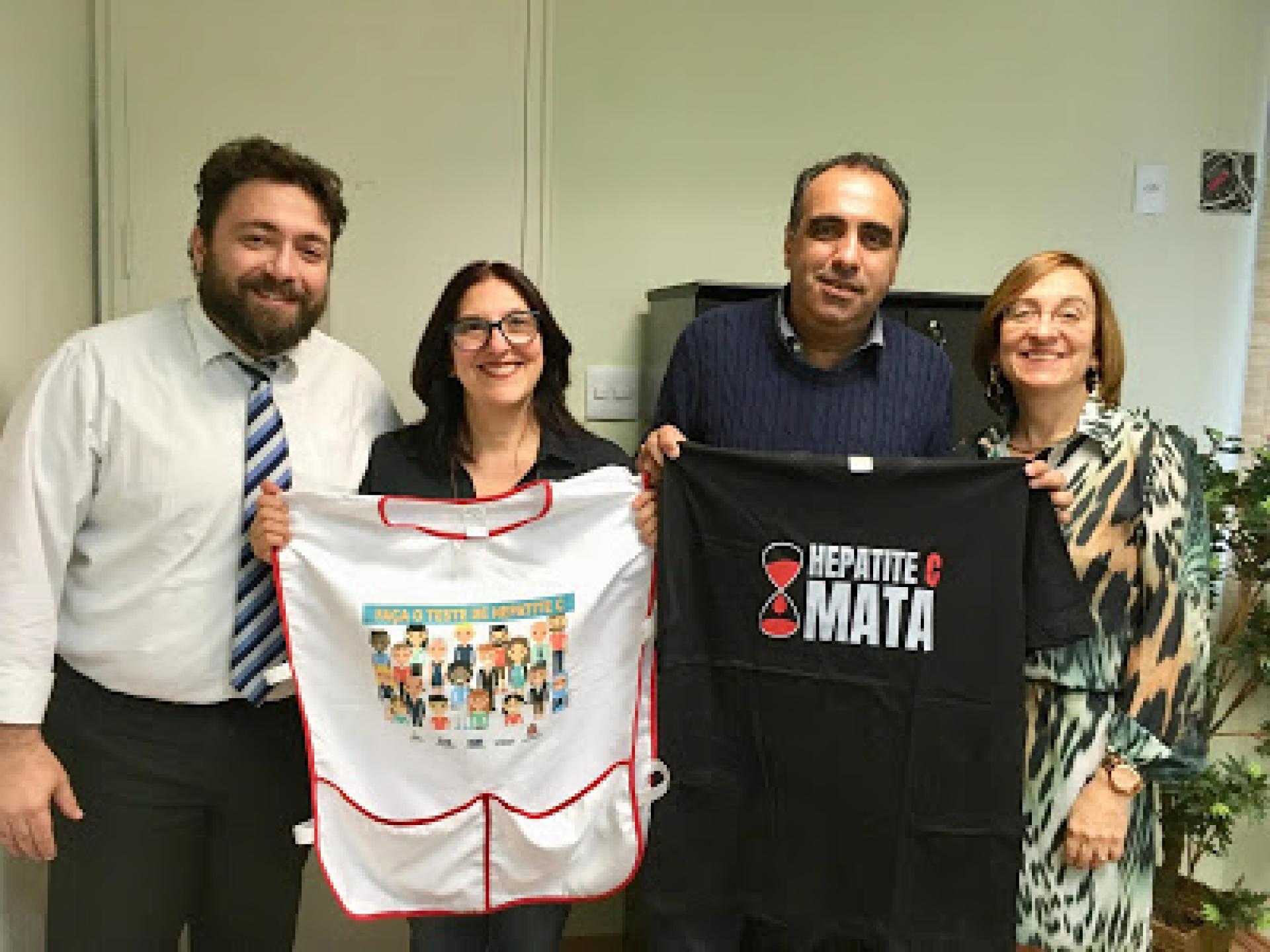 A Bill to guarantee diagnosis and treatment to HIV, viral hepatitis and tuberculosis for freedom-deprived population (PPL, in Brazil) will be sponsored by a working group (GT) formed by the government and the civil society. The subject, among others, was one of the main topics discussed at meeting held on Tuesday, July 17, at the representative Maria Lúcia Amary’s (PSDB) office, chairwoman of the State of São Paulo Parliamentary Front Against STI/HIV/AIDS. The prison population is one of the most vulnerable to these three major health problems. In the State of São Paulo, the PPL is considered priority population for diagnosis and treatment of hepatitis C. The bill must be submitted to parliament before the end of 2018.

The meeting was attended by the head office Carolina Whabe and the parliamentary assistant Thiago Sanchez, as the deputy’s representatives; the coordinator of the State of São Paulo Programme on Vital Hepatitis (PEHV-SP), Sirlene Caminada; and the president of FOAESP, Rodrigo Pinheiro.

At the meeting, the general overview of viral hepatitis was discussed with the Parliamentary Front. It is estimated that in the State of São Paulo, about 5 thousand hepatitis C newly diagnosed individuals are waiting for treatment. “Today, people diagnosed with hepatitis C in the State, are deprived of treatment due to the lack of medicine that should be afforded by the Ministry of Health”, according to Mr. Pinheiro.

The deputy’s assessors suggested repeating the actions on personal qualification and testing at the Manicure’s Union that might happen in partnership of the FOAESP, the PEHV-SP and the State of São Paulo Trade Union during the Yellow July campaign. Similar action will be developed at the Secretariat for Elders.

Another plan is to introduce among the activities related to the World AIDS Day, actions on qualification, diagnosis and treatment of hepatitis C for the ALESP’s staffs.