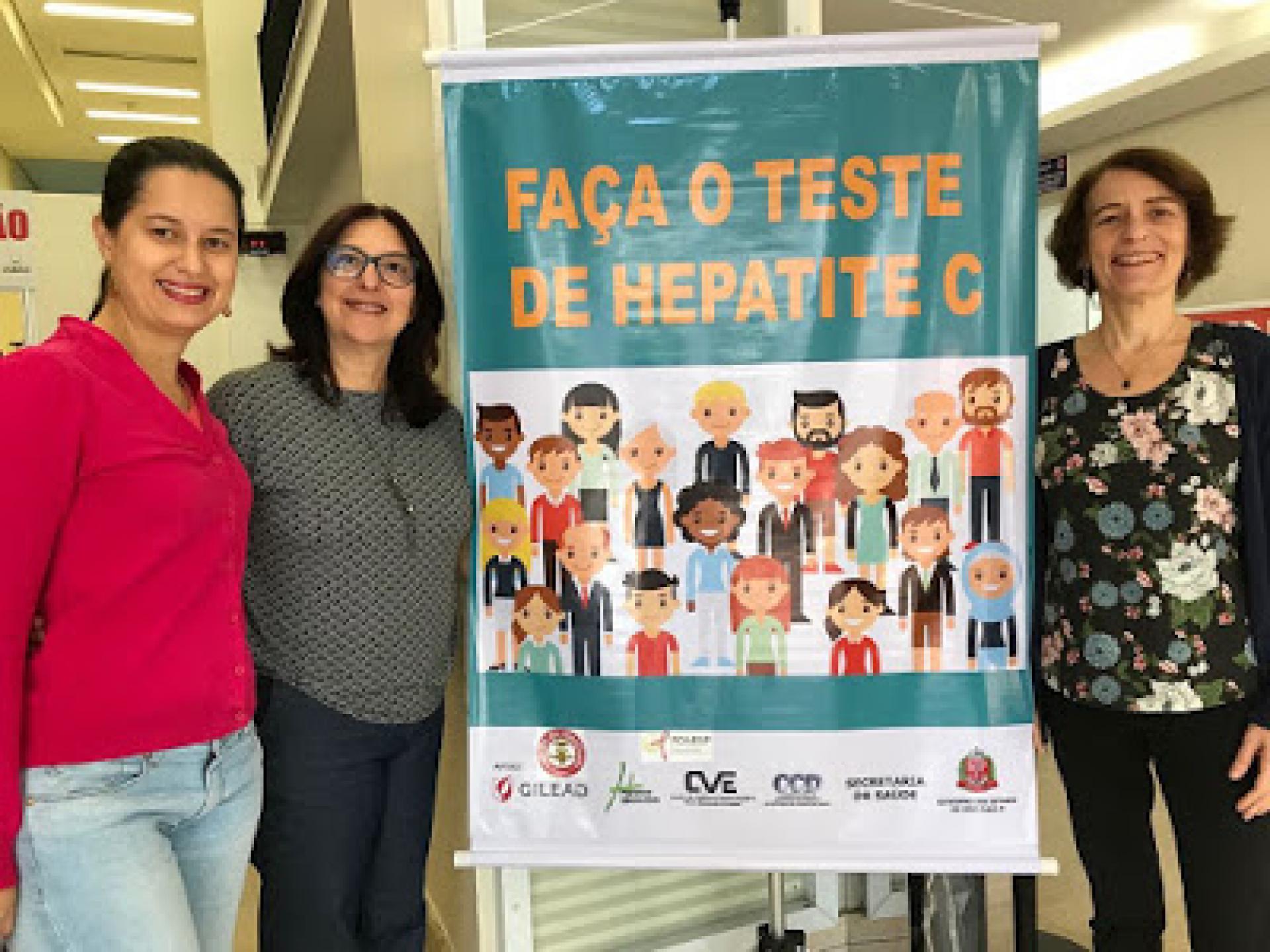 In order to hold action, it was called upon 17 people, among them, technical professionals from the State of São Paulo Programmes on Viral Hepatitis (PEHV-SP) and on STI/AIDS as well as from the República’s Basic Health Unit (UBS). The partnership among FOAESP, PEHV-SP and the State of São Paulo’s Trade Union, to celebrate the World Hepatitis Day, promoted on July 26, actions on awareness raising, access to diagnosis, information on prevention and assistance, whether it is necessary, to the Union’s staffs. 122 tests were carried out, “all negative”, according to Patrícia Santos, person in charge of the action at the Trade Union. There was also vaccination campaign against Hepatitis B.

In the WhatsApp group, formed to organize the event, Patrícia thanked the partnership of FOAESP, PEHV-SP and the UBS- República. The coordinator of PEHV-SP Sirlene Caminada, that worked in the action, thanked the Trade Union, “for the initiative! The FOAESP’s support and the competent work and dedication of the PE-STI/AIDS team!”.